born 1971 in West-Berlin, studied Applied Theatre Studies in Giessen and Choreography at the Laban Centre in London. He has choreographed over 50 works so far for dance and theatre. His regional work focus is besides Europe the regions of South-East Asia and Oceania. His three-hour solo-trilogy „perform performing“ (2002-2004) was performed 147 times and was sold in 2009 by the auction house Christie’s in Hamburg. His current trilogy “finding Germany elsewhere”, a choreographic exploration of German identity, comes after “Trachtenbummler” (2013) and “Them and Us” (2015) to a close with its last part “Blutsbrüder” in October 2017. His latest theatre production “Carla del Ponte trinkt in Pristina einen Vanilla Chai Latte” premiered in December 2016 in Kosovo and is since touring through Eastern and Western Europe.

Jochen works as choreographer, teacher and curator. In his works, workshops and curatorial programs he looks at intercultural, social and political themes that are put into motion. Movement is hereby defined as a medium of communication of intelligent bodies which enter a confrontative dialog in an empathetic and intellectual manner. Choreography is thus understood as an act of aesthetic and social design.

From 2007 until 2010 Jochen curated together with Anne Kersting the seasonal dance program of Kampnagel Hamburg. In this period he founded together with 7 European performing art centers the annual Live Art Festival. He was artistic director of the editions 2009 and 2010. Jochen worked as a jury member for Tanzplattform in 2010 and Studienstiftung des Deutschen Volkes in 2011 und in 2012. Since 2004 Jochen Roller has been listed by the Goethe Institute as one of Germany’s most influential choreographers. For the academic year 2016 / 2017 Jochen is appointed as guest professor at the MA Performance Studies course at the university of Hamburg. 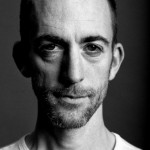